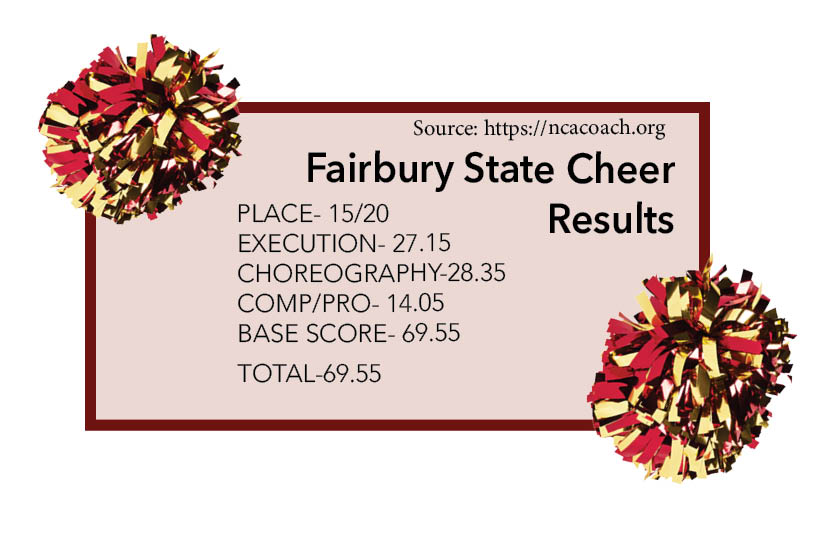 For the first time the FHS cheerleaders competed in a dance routine at state cheer placing 15 out of 20 teams.

Preparing for state cheer takes time and dedication. They have been practicing for quite some time and with a few adjustments and critics they were able to perform a great routine.

“We started preparing way back in July,” Kacy Starck ‘21 said,”We had a cheer camp and we learned our routine and we practiced once a week.”

Competing in a dance routine as a cheer team can be very nerve racking and challenging then if you were a dance team, but the cheerleaders were able to rise to the challenge.

“We had a great group of girls that were willing to take on the challenge,” FHS cheer coach, McKehna Bartels said,”and the coaches had confidence that they could do it.”

Going to State is usually a time athletes will never forget. It is a great bonding experience and creates a stronger team. Cheer also learned many new skills by watching other teams perform.

“My favorite memory was the night before when we stayed up later than we should have,” Eliana Livingston ‘23 said.