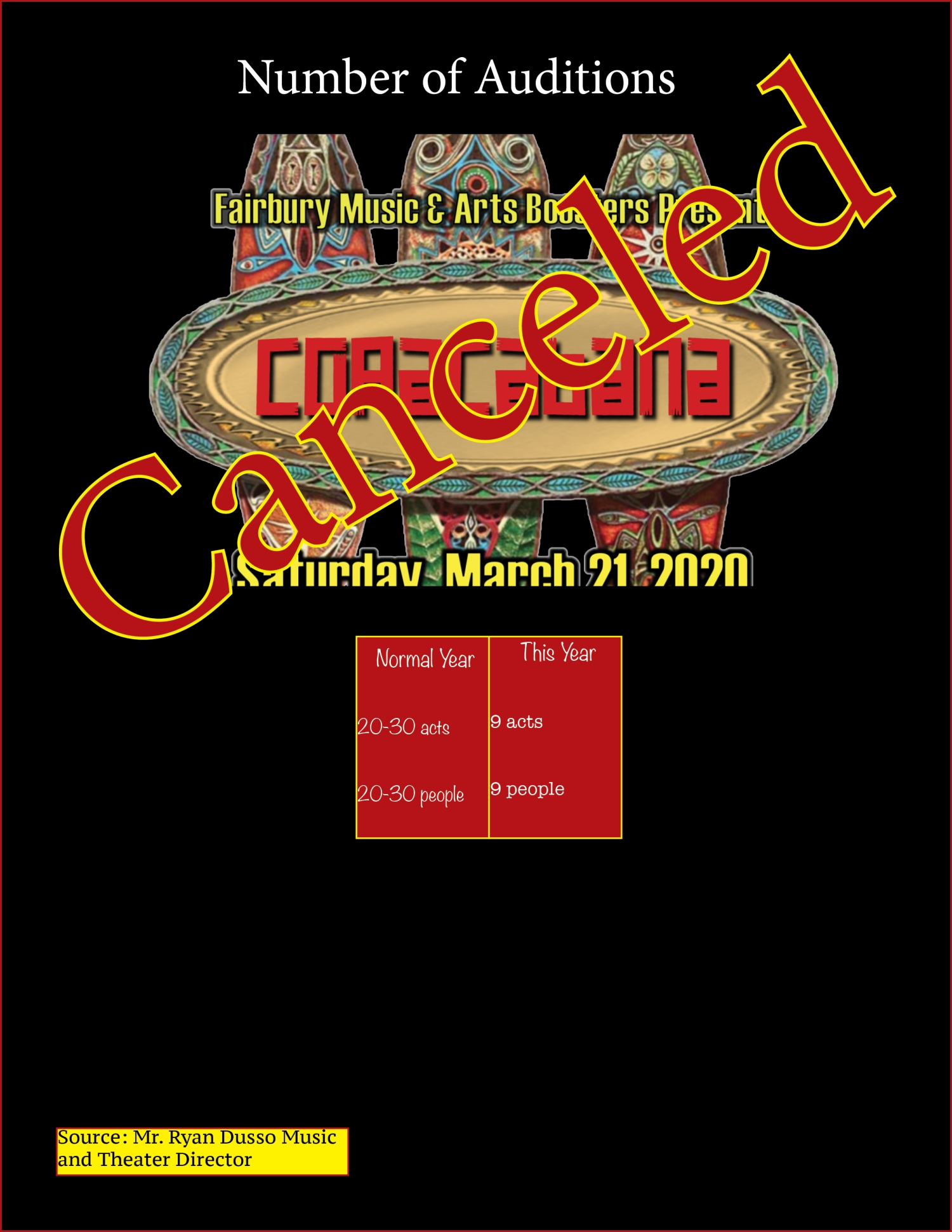 The 2021 Copacabana was canceled because of lack of interest. The decision was ultimately made by Principal Mr. Derek Anderson, and Mr. Ryan Dusso Music and Theater Director.

The amount of people who auditioned for copa in the past couple of years has significantly dropped. There used to be around 20-30 acts and this year there were only 9 acts. Since there weren’t enough people to produce a sufficient show this year Mr. Dusso and Mr. Anderson had to make a really tough decision to just cancel the whole show.`

“I think it was a good idea to cancel Copa but I feel terrible to cancel a school tradition, ” Dusso said. “Canceling Copa will give us a good opportunity to build up the program so in the future we can put on a show like it never left.”

Covid-19 had a huge impact on whether Copa would go on this year or not. If we had Copa we would have strict rules on how many people can perform at a time and how many people can attend. With not having many people auditioning the administration just decided it would be best just to cancel.

“I have only been here two years and have not experienced a Copa,” Assistant Principal David Davis said. “I was excited to see what this year brought, but it was cancelled.Last year was cancelled because of covid and this year would have had to be limited because of Covid so yes, Covid has played a major factor in Copa.”

“We are sad to see Copa get canceled and we feel bad for the students who wanted to perform for Copa,” Dusso said. “So we decided to give them another opportunity to perform by letting them do it at the spring concert. We know it’s not the same but it’s better than nothing.”